Umbrella Corporation cosplay Group. We are for events and charities. We currently support the National Law Enforcement Officers Memorial Fund

This site is under heavy construction.

Today, in the United States, some 900,000 law enforcement officers put their lives on the line for the safety and protection of others. They serve with valor and distinction – and with great success. Federal statistics show that violent and property crime rates in the United States are at historic lows, thanks in large measure to the dedicated service of the men and women of law enforcement.

That protection comes at a price, however. Each year, there are approximately 60,000 assaults on law enforcement officers, resulting in nearly 16,000 injuries. Sadly, over the last decade, an average of 160 officers a year have been killed in the line of duty. And throughout U.S. history, over 19,000 law enforcement officers have made the ultimate sacrifice.

We invite you to learn more about the heroes of American law enforcement and join us in respecting, honoring and remembering them.

The primary purpose of the Police Unity Tour is to raise awareness of Law Enforcement Officers who have died in the line of duty.

The secondary purpose is to raise funds for the National Law Enforcement Officer’s Memorial and Museum.

In May 1997 the Police Unity Tour was organized, by Officer Patrick P. Montuore of the Florham Park Police Department, with the hope of bringing public awareness of Police Officers who have died in the line of duty and to honor their sacrifices.

We started with 18 riders on a four day fund-raising bicycle ride from Florham Park, NJ to the National Law Enforcement Officers Memorial in Washington, DC. which raised $18,000.00. This May we had nearly 1700 members nationwide who made the trip, and we are proud to announce that we were able to donate over 1.72 Million Dollars to the National Law Enforcement Officers Memorial Fund, bringing our total donations to nearly 14 Million Dollars.

Having completed the $5 Million commitment to the Museum in 2009 the Police Unity Tour dedicated the 2010 ride to the restoration of the walls of the National Law Enforcement Officers Memorial. The $1.1 Million restoration project includes the re-engraving, coating and sealing of the 18,983 names on the memorial as well as the cleaning of the walls and other memorial improvements. 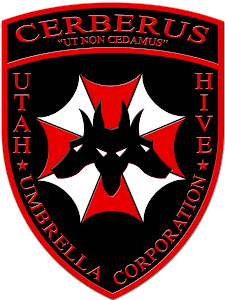